A controversial and misunderstood energy issue is net metering. At its most basic, net metering is a way of measuring and valuing the electricity output of privately owned resources. It requires utilities to buy excess electricity from consumers who generate electricity themselves.

States and electric utilities have established net-metering programs to encourage clean energy generation. But the rules change all the time.

In the first nine months of 2018, states took more than 400 actions to change how they compensate small energy producers, according to the North Carolina Clean Energy Technology Center, which collects net-metering information from around the country.

Some actions strengthened net-metering laws. Others weakened them. 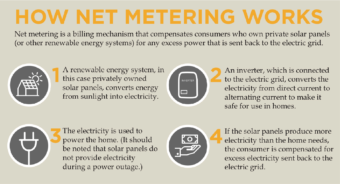 What is net metering?

Net metering is a billing method in which the consumer is charged for any electricity used from the grid, and credited for excess electricity the consumer generated and sent back to the electric grid.

That excess electricity could be produced by solar panels, a windmill or a portable generator. The main source for this extra electricity is from homeowners who have installed solar panels on their property.

Under net metering, whenever their solar system generates more electricity than their home uses, the electric utility must compensate the homeowner for the excess electricity.

How do electric utilities compensate consumers for the excess electricity?

Net-metering programs that set reimbursement at wholesale cost rather than retail rates are more likely to ensure appropriate levels of compensation for both utilities and consumers who generate electricity, without negatively affecting other members.

Net-billing programs provide more equitable compensation to the net-metered consumer without leaning on consumers who don’t have solar panels or other ways to generate power at home.

Net-metering programs have been around since 1983. Thirty-eight states and the District of Columbia have established programs.

To encourage development and use of solar, wind and other forms of alternative energy, states also started passing other laws, such as renewable portfolio standards, which require electric utilities to have certain amounts of their power generated by renewable energy resources. 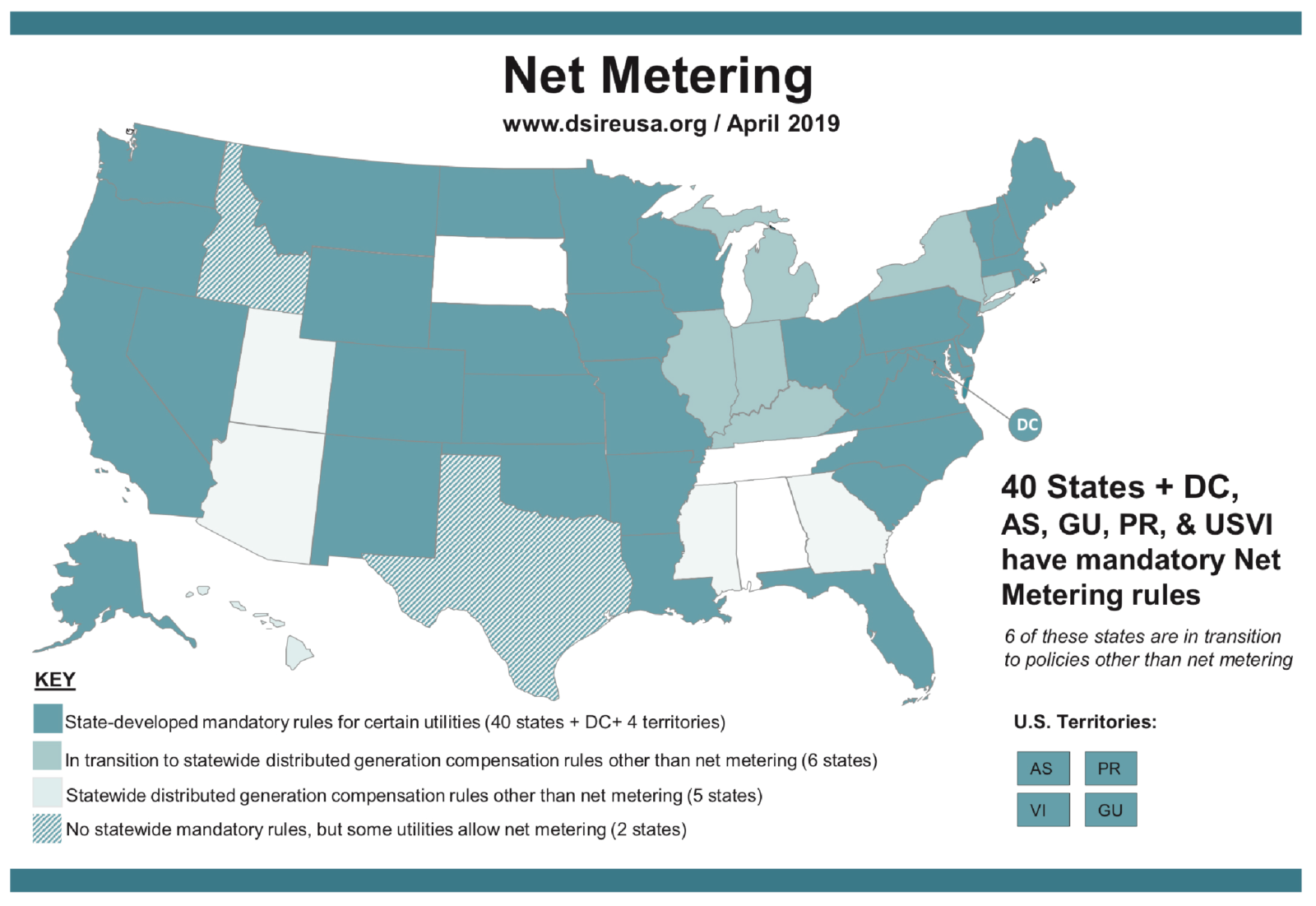 For electric utilities, the basic challenge with net metering is policies that require them to pay high costs for what is often low-value power.

The reason it is low-value power is you cannot count on it. There is no solar energy at night and no electricity from wind during calm weather. Renewable energy advocates argue net-metering rates are a great way to support green power. But utilities say it is not fair for them to have to buy electricity from a rooftop solar owner at a rate that covers around-the-clock service when that is not what the homeowner is providing.

Results from that imbalance are where the net-metering issue gets complicated. The economics of net metering create a subsidy for rooftop solar owners paid for by those who don’t have any solar panels.

The cost difference between buying wholesale electricity at retail rates didn’t matter much at first. But solar energy is booming, potentially reshaping the effect net metering could have on the energy industry. The number of rooftop solar installations grew 63 percent from 2012 to 2015, according to the National Rural Electric Cooperative Association. As a result of that growth in potential net-metering use, many states started rethinking net-metering rules.

Another result is the utility’s ability to plan for its basic job supplying reliable and affordable electricity. The engineers and accountants who run an electric utility that provides power 24/7 need to place a higher value on dependable electricity, rather than from several homeowners who may or may not generate excess electricity when it is needed.

Net-metering payments don’t cover the costs of setting up a billing system, paying taxes or any of the utility’s other fixed costs.

What are alternatives to net metering?

Community solar arrays can be sized and priced to fit consumer demand, reducing risks of cross-subsidization.
As the energy industry continues to undergo major changes—whether to technology, renewable energy use
or other emerging trends— publicly owned utilities will continue working with all customers to ensure delivery of the safe, affordable, reliable energy our communities depend on.