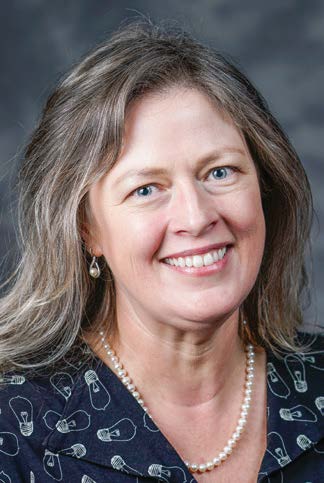 Media reports questioning the solvency of the Bonneville Power Administration continue to appear in both regional and national media outlets. We would like to respond directly to these outlandish, unsubstantiated and unfair claims.

BPA is in no way insolvent or in danger of becoming insolvent. Its contracts with public power utilities in the Northwest guarantee coverage of its costs. BPA has made 36 consecutive annual payments to the U.S. Treasury, fully repaying investments in the federal hydro system. In fact, third-party credit rating services such as Moody’s and Standard & Poor’s have all affirmed BPA is on solid financial footing.

That being said, the competitiveness of BPA’s rates in the future is a legitimate concern for BPA and its public power customers. Our power purchases from BPA come bundled with many valuable services, making a direct cost comparison with standard spot-market purchases difficult and complex. This important fact is often overlooked or ignored by BPA’s critics, and the reports make unfair apples-to-oranges comparisons. A better statement of BPA’s competitive situation is that we are concerned about BPA’s ability to mitigate the layering of considerable cost pressures driven by operational, market and ongoing legal challenges to the operation of the Federal Columbia River Power System.

BPA’s response to our competitiveness concerns by holding the line on wholesale power rates for the current two-year rate period is appropriate and appreciated, although we firmly object to the surcharge BPA just imposed to increase its financial reserves. To ensure future competitiveness, we believe it is critical for BPA to exercise strict cost controls and keep wholesale power rates level for future rate periods. The not-for-profit community-
owned Northwest utilities that make up the bulk of BPA’s revenues are working to support BPA in its efforts to reduce costs and increase revenue opportunities. BPA’s cost competitiveness is a crucial issue as we consider our long-term power supply options prior to the expiration of our current BPA contracts in 2028.

The federal dams in the Columbia River basin provide many valuable economic and environmental benefits, including shipping, irrigation, flood control and recreation. They are also critical to our clean energy future. The federal hydro system is also the largest source of flexible, carbon-free energy in the Northwest. It helps us add new solar and wind, and is critical to avoiding blackouts in the region. It’s essential to adequately account for all of these factors when placing a value on the power we buy from BPA.

BPA’s mission is multipurpose. We in public power understand the crucial role the agency plays in the Northwest. Hood River Electric Cooperative and the rest of the region’s not-for-profit utilities remain committed to holding the agency accountable for its costs and spending decisions, yet we also see great opportunities for BPA and the federal hydro system to support the Pacific Northwest economy and way of life for the foreseeable future.